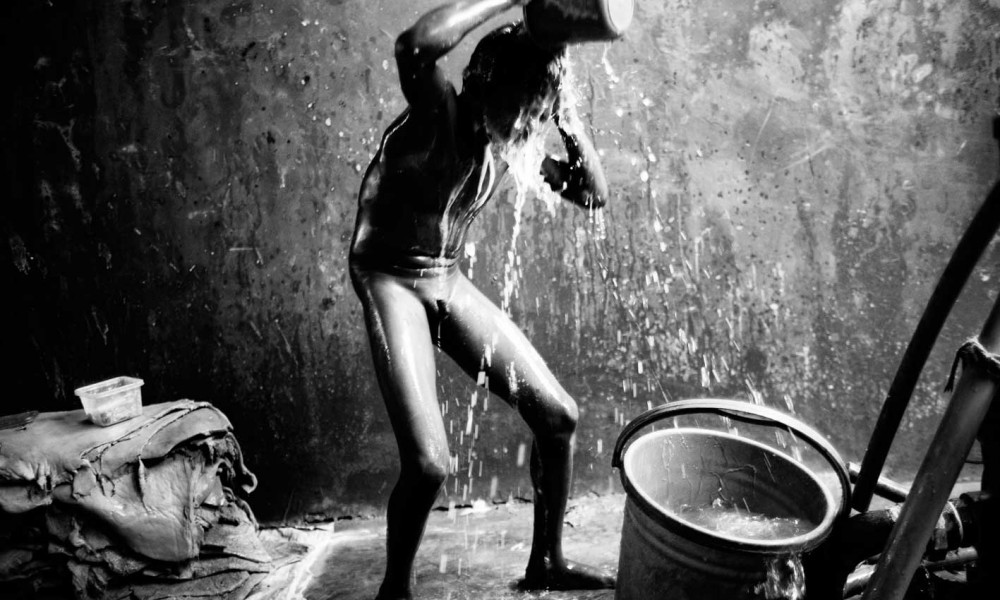 Dhaka’s Hazaribagh area, widely known for its tannery industry, has been listed as one of the top 10 polluted places on earth by two international research organizations. At least 160,000 people have become victims of pollution due to the presence of toxic chemicals, mainly chromium. Tanneries in the city’s Hazaribagh area discharge more than 30,000 square meters of liquid wastes every day. These harmful wastes, including chromium, lead, sulphur, ammonium, salt and other materials, are severely polluting the capital city and the river Buriganga. Apart from hexavalent chromium, which is a well-known carcinogen, workers and residents of Hazaribagh also face a number of less severe but common health problems every day. Skin and respiratory diseases, for instance, result from repeated exposure to hazardous chemicals when measuring and mixing them as part of the tanning process. Acid burns, rashes, aches, dizziness, and nausea are also common health problems faced by local residents. The homes of tannery workers in Hazaribagh are built next to contaminated streams, ponds, and canals. Informal leather recyclers who burn scraps of leather to produce a number of consumer products also heavily pollute the air. There are 270 registered tanneries in Bangladesh, employing around 8,000-12,000 people. Around 95% of the tanneries are located in Hazaribagh on 25 hectares of land, and most use old, outdated and inefficient processing methods. All the toxic wastewater eventually makes its way into the Buriganga River, which is considered to be Dhaka’s lifeline. Thousands of people depend on the river daily for bathing, washing clothes, irrigation of food and transportation of goods. The river has suffered extreme biodiversity loss and has now turned black.