Fausto Podavini | THE ILLUSION OF DREAMS 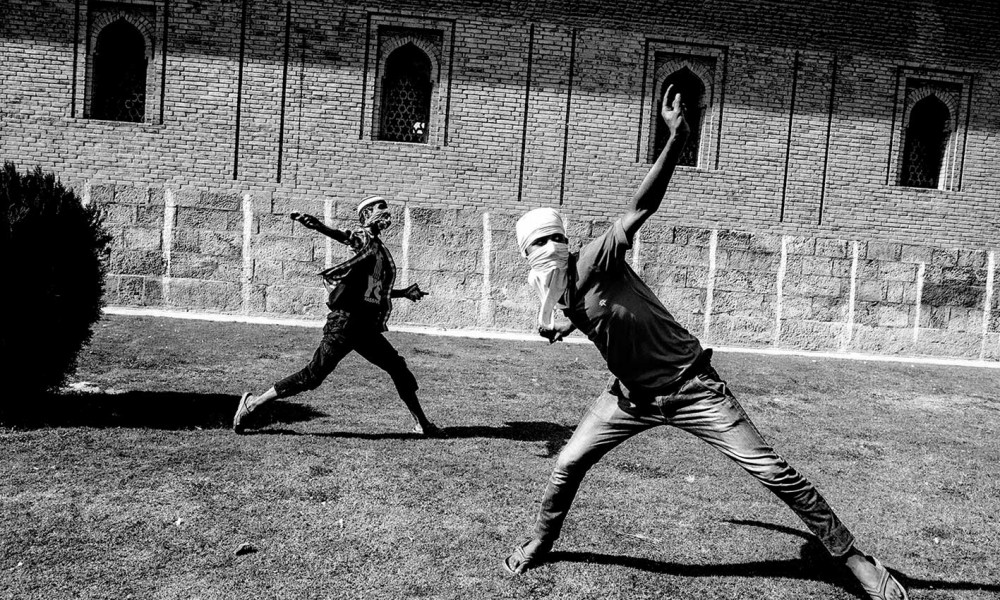 Oyoub was selling legumes in downtown Srinagar, in 1985 he disappeared from home: he may have
been the first Kashmiri to cross the border with Pakistan to go to the militar camps organized by the
CIA to train the mujahideen to fight against the Sovietic Union in Afghanistan. In the next years,
thousands of young men from the Kashmir valley followed the same path: this time the goal was the
liberation of Kashmir from the Indian occupation.
Oyoub in the early 90’s quickly became one of the heroes of the armed resistance in Srinagar.
Tens of men under his command made his neighbourhood an impenetrable stronghold for the Indian
army. In September 1993, the rise of Oyoub got a stop by the explosion of a mine he was working
on: he became blind and crippled for the rest of his life, and a helpless witness of the failure of the
separatist fight of the 90’s.
War between India and Pakistan started around 68 years ago, when both countries became
independent, even with radically different ideas of nationalism: on one side a laic, multicultural and
multi-religious country, on the other side, ideas based on Islam.
The state of Kashmir has been an exception in the context of the division on a religious base
because, even though its population was mainly Muslim, the Hindu sovereign Maharaja Hari Singh
decided to sign the annexation with the Indian Union.
This fight is still going on, but it’s dominated by the grandiosity of the Indian military intervention.
The uprisings between 2008 and 2010 and the recent fights in which has been involved the
generation that grow up in the most intense years of the conflict, once more gave political results.
In 2014, the Foreign Minister of Pakistan sent a letter to the United Nations appealing for the
resolution of the crisis. Anyway, the UN ignored his proposal and confirmed that the controversy
must be resolved with bilateral discussions.
Only in 2015, the victims of the conflict for the independence have been 172 between civils,
military and activists, while around 100,000 are the people killed during the armed revolts and the
next military operations from 1989 since today.