Chile in 1961. The first supporters arrive in the Colonia Dignidad (engl. “Colony of the Dignity”) that has just been founded by their leader Paul Schäfer. He promised his followers a god-fearing life in a promised land. In return, they should give humanitarian aid to the poor rural population. From outside the Colonia Dignidad appeared to be an idyllic, self-sufficient community. Yet inside, life consisted of hard labour, abuse of power and child abuse. Leader Paul Schäfer established a system in which he could realize his sexual inclinations without any fear of being caught.
During the times of the Chilean military dictatorship, Schäfer maintained a close contact with head of state Augusto Pinochet. Pinochet used the Colonia Dignidad for illegal arm-trades and the murder of his dissidents. In 1997, Schäfer fled Chile because he was being pursued criminally.
The village, which is now called Villa Baviera, slowly began an opening process. For the first time, 40-year-old men and women were sexually educated. They got to know, who their parents, who their brothers and sisters are. Many of them got married and started a families. Some took the chance to study outside of the colony, but many were already too old for formal education. Those living in the community had only been educated through seventh grade.
Chile in 2015. Today only 120 people still live in the municipality, from 330 who formerly lived in the community. The inhabitants of the Villa have no savings, no private possession and no pension. Many of them see the a future for the German village in tourism. The former office-building was rebuilt into a hotel; the local restaurant’s specialties include smoked pork, Sauerkraut, and pork knuckle. German folk music is played around every corner. 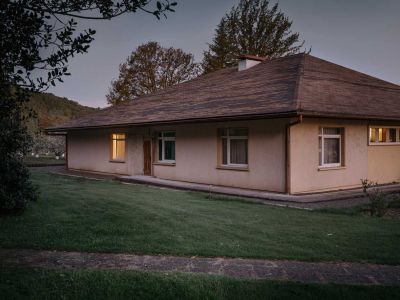 In the „Freihaus,“ Paul Schäfer had his private living chambers. His windows were fitted with bulletproof glass, and he was the only member of the colony to have a private bathroom. This is where he abused the young boys of Colonia Dignidad. After he was arrested the residents destroyed the bathroom. 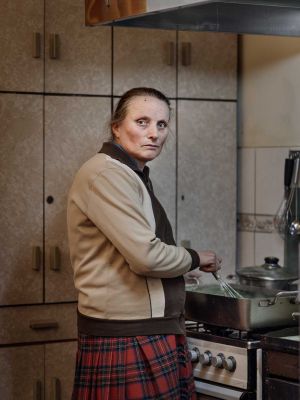 One of three members of the diet-kitchen, where German food is cooked for the older residents. The chef cooked for 30 years in the canteen kitchen of the Colonia Dignidad. 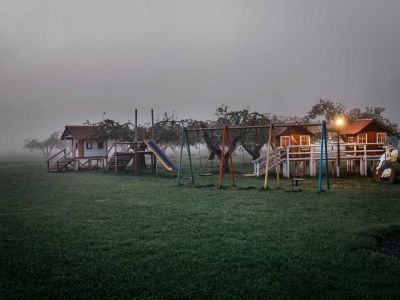 The playground wich was build for the hotel. 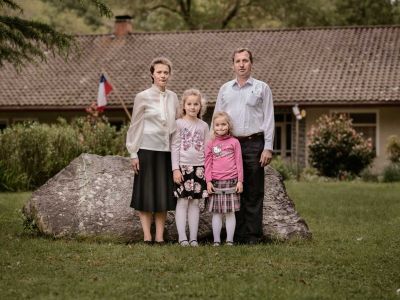 Thomas with his wife Elke and their daughters. His father Kurt was part of the inner circle of Paul Schäfer. He was sentenced to 5 years in prison. Thomas campaigns for his father’s freedom during the weekends. 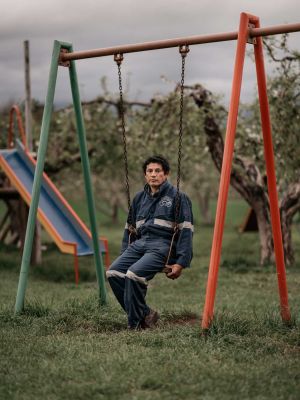 Johannes takes care of the gardens at the Villa Baviera. He stro 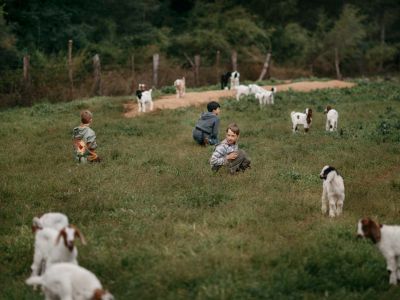 The generation which was born into the Colonia Dignidad had to work for 40 years without being payed. Today they try to make money in any way possible in order to leave something behind for their children. Their father Horst for example breeds goats.