Albert Bonsfills | A BORDER WITH A VIEW 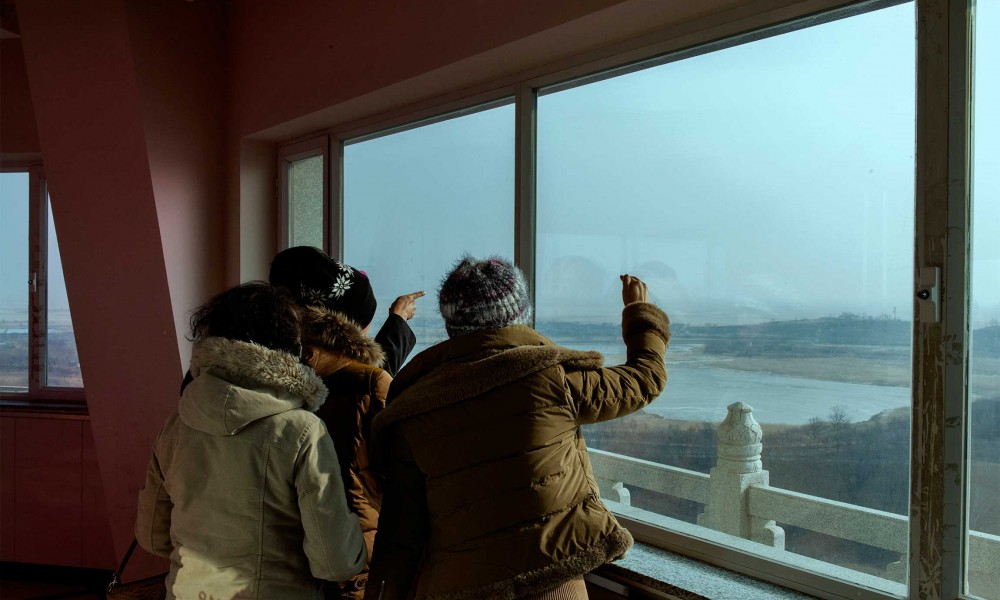 “ The relation between North Korea and China is like Yalu and Tumen rivers, always flowing and never stops ”
Chinese citizen from Dandong city, China

In the long, cold months, to gaze upon North Korea from China’s Dandong city is an exercise in omission. On the Chinese banks of the Yalu River, neon glares and karaoke blares. Prostitutes prowl, their legs bared even in the chill of winter. On the other side, in the Hermit Kingdom, color dissipates. Everything is brown or gray or brownish-gray: sere hills, wheezing trucks, the few factories pushing smoke into the air. At night, the Democratic People’s Republic of Korea vanishes altogether, save a few glimmers of electricity.

A Border with a view explores the relation between China and North Korea in several Chinese border which they are bathed by the waters of Yalu and Tumen rivers, a natural border between the two countries. Is about a personal experience where after two years working in there I noticed how different it looks from how I imagined it.