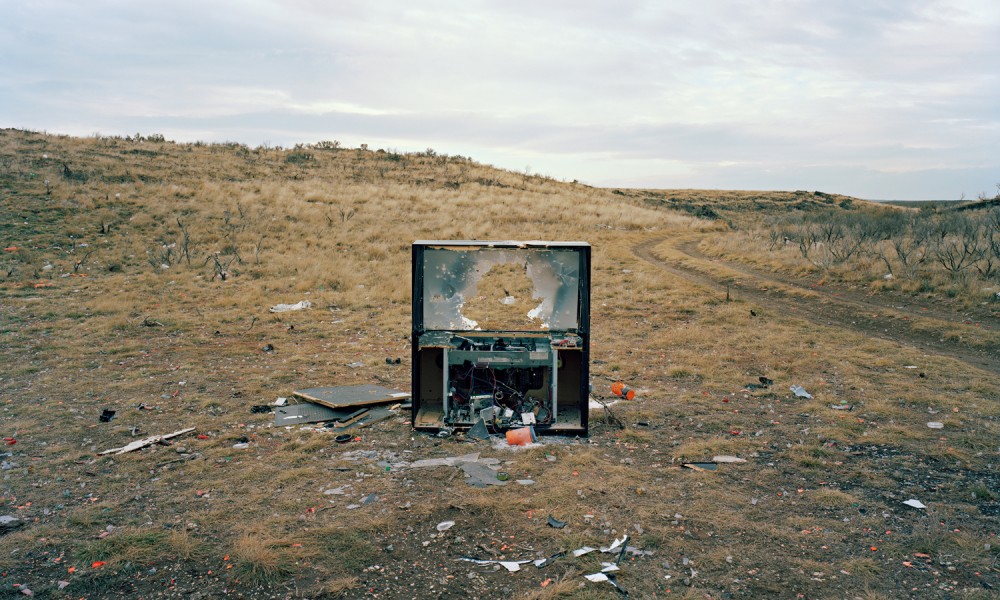 In the American West, areas of land ignored by early settlers were once described as “the lands nobody wanted.” These places, now publicly owned and overseen by the Bureau of Land Management, are recognized by communities as socially, economically, and environmentally valuable. After moving to the Upper Snake River Valley of Southeast Idaho, I began exploring some of these areas in order to familiarize myself with the region’s geography, and how local residents make use of it. Almost immediately, I started noticing artifacts left behind by individuals who utilize the expanses of open desert for recreational purposes—the most prevalent being target shooting. Through photography, I am documenting this specific aspect of land use as an investigation of rural, Intermountain West culture, and environmental stewardship. In order to more intricately describe this relationship, I am recording both abandoned objects, and individuals within the landscape. A fascination with physical remnants that allude to culture prompted my examination of the artifacts, while an inclination to meet locals and discuss the environmental impacts of target shooting led me to seek out portrait subjects. These images represent my examination of the complexity of a particular social use of land, and its ecological consequences.