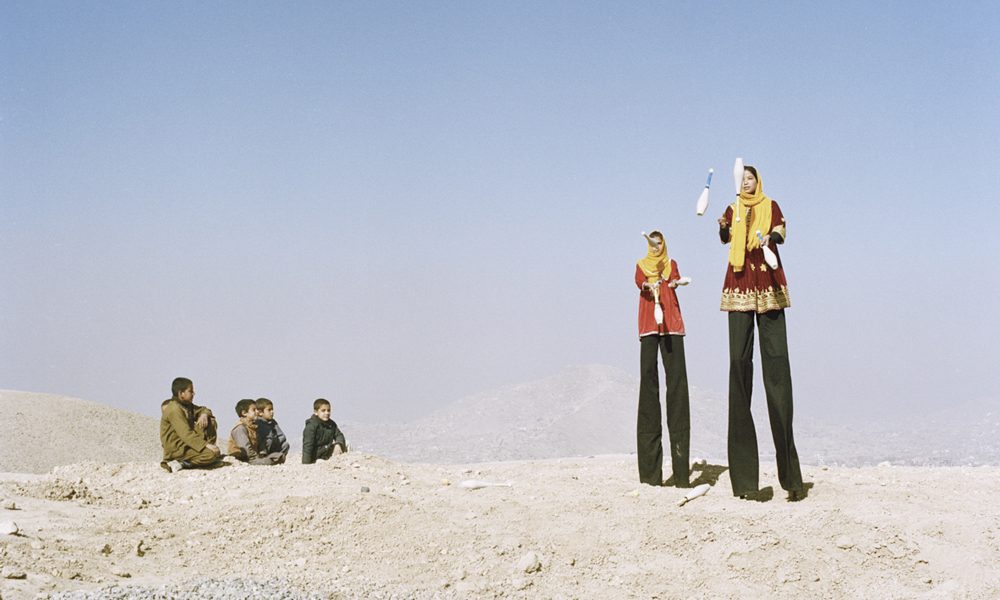 An epitomization of my project is almost achieved by one word which for me perfectly underlines the essence of my experience until now: contrast. When i first set out to fotograph circuses in islamic countries in sept. of 2015, i had almost only questions – no expectations. I was 20 years young and in desperate need of answers. How did circus in an islamic world function? What was the essence of circus? Was it to entertain, to rebel or to combine?

Over time i found out that the obvious answer wasn’t a simple one. After travelling to Palestine, Iran and Afghanistan; countries which by western standard all seem to be summarized by a common denominator – Islam – but in reality all differ in huge aspects of daily life, i realized that circus here had a specific meaning to each setting. In Palestine, especially in Gaza, the contrast between War – most of all the repressive wrongdoings of the Hamas – and the feeling of flight radiated by the circus had a unique texture. In Iran, where there is no open conflict but repression is imminent, circus offered a much more subtle and hidden escape. To be able to perform artistry in Iran requires a very specific packaging – something which i hope transcends in my work. Afghanistan, which is by every definition a failed state, really has almost no place for joy. But still, a small circus has managed to expand a country-wide network, even offering young women a chance out of their dismal life and into a life of sport and artistry.

The feeling of just having scratched at the surface of a topic which resembles an iceberg – ignoring the actual weather conditions in these countries – has made me now want to travel an array of islamic countries to broaden the perspective on circus culture. This includes Marrocco, Senegal, Burkina Faso, Egypt, Gambia, Bosnia, Turkey, Iraq, U.A.E and Malaysia. A period of 14-days is what i plan to put in for each country on this journey of the islamic circus world.