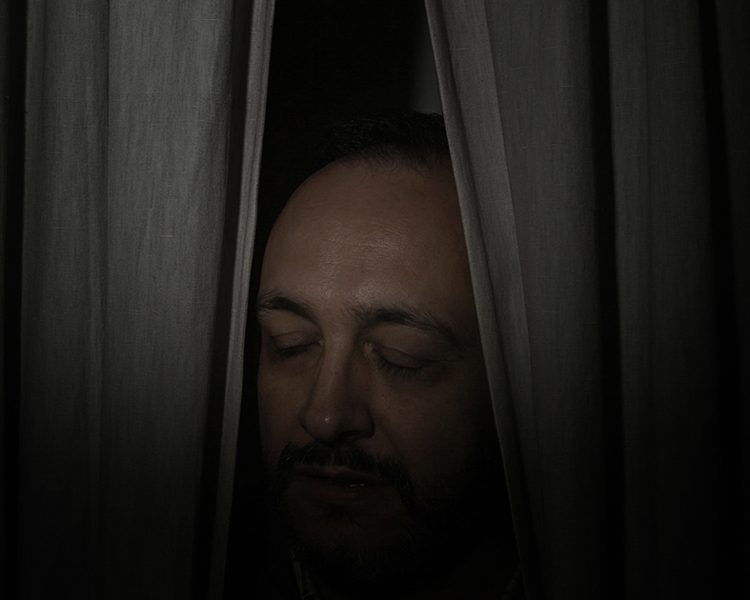 Outside the Church it’s still cold. Dawn has the colours of the rainbow, but inside is hell.                       Sergio remains beautiful, blond and impassive when confronted by the curse of the priest: “For you, there is no place in Heaven”.

Four years ago I witnessed this curse against Sergio by a young priest. Sergio belongs to one of the 30 LGBT believers group in Italy, offering spiritual assistance paths to all people with different sexual and gender identities from the one accepted by the Church. The greatest dilemma for a believer is to question whether he/she is living in sin. In that sacristy my desire to investigate the relationship between faith and homosexuality in the Catholic Church grew. Unlike Protestant Churches, in Catholic Church there is a Magisterium, the authority to establish teachings. This sets Catholic Church as a pyramidal hierarchy. At the top of this hierarchy the decisions on how to judge a homosexual behaviour are taken. Only three official ecclesiastical documents concerning homosexuality were published, in 1986, 2008 and 2016. In this time-lapse many youngsters killed themselves under the burden of sin, or underwent “conversion therapies” in order to cure their “intrinsically disordered and bad behaviour” (Cardinal Ratzinger 1986). Not a single statistical study on the LGBT presence in catholic community has ever been conducted. None ever studied the high percentage of the departures from faith provoked by this silent discrimination. The fight for Civil Right for LGBT community is covered by media all over the world, but much less covered is the fight for Spiritual Rights. The view of homosexuality as a “demonic event”, the exclusion of people with a different sexual inclination from spiritual paths, suspension of priests that decided to celebrate same sex marriages. These are my stories covering four years of work. These are my friends. These are the victims. So far I tried to show the intimacy, deep love and the honesty with I was welcomed inside such a complex reality. A revolutionary movement is ongoing in Europe, Africa and America and the purpose of my investigation is to cover them. I am a believer and the story I’m telling represents my faith. If God will judge these lives as sinful, so will be mine.