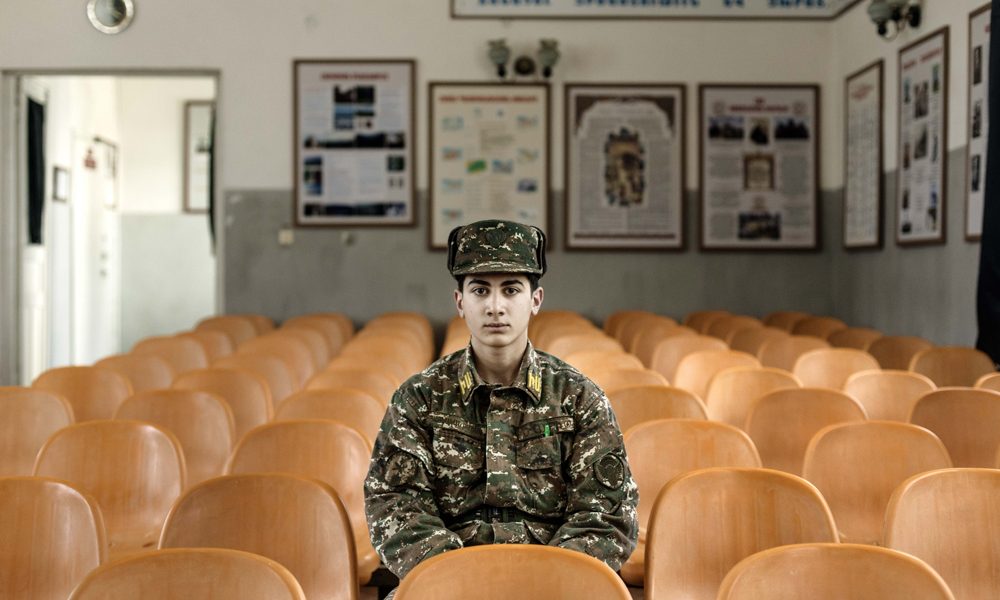 The project tries to document the personal battle between dreams and reality that face the young people in the military conflict in Nagorno-Karabakh. This conflict, still alive but forgotten by the headlines, strikes a generation that was born during the war between Armenia and Azerbaijan, just after the collapse of the Soviet Unión and the revolution of the Karabakh movement. The young people I have been following for the past months, leave their motherland for work or education. However, after a while they go back to Karabakh aiming at finding future and progress for themselves as well as to support the fight of their country on the recognition by the international community. My take on this issue is the paradox that is created on their personal battle. Being convinced of coming back -as a commitment to their identity- to an isolated region of the Caucasus with few job, cultural or future opportunities and where the military conflict imbued the streets taking the self-proclaimed republic to a finesse-state that from 25 years has prevented to progress. Some of them have launched private projects or work as public employees; all of them face and coexist with the fragility of a new escalation of this forgotten war like it happened in April 2016. I strongly believe on the importance of reporting on the nuances and personal paradoxes faced on the daily life of common people in military conflicts. Being several times on the ground has allowed me to see how their lives evolve and moreover, understand the dimension of the vital decision they took. Finally, I am convinced that documenting their stories would prevent us to repeat our mistakes and would be also a contribution on the research of more human solution.